Oh. You write about zombies.

I just returned from FenCon 2016, held in Irving TX. My lovely wife was kind enough to fund my attendance of a writing workshop that this con offers for an additional fee. There were many issues regarding this writers workshop I could gripe about (switching of instructors at the last minute, lack of supposedly vital print material, use of Yahoo!) but I just want to concentrate on one thing.

I submitted a short story for critique as was required for all participants. My submission was called “DMZ”  a short story I submitted to Homepage of the dead a few years ago. Its zombie survival horror, noting the battle between a zombie horde and not only the US Army and South Korean forces on the 38th parallel, but also with fragments of the North Korean army assisting the US/ROK forces as well. Not my best story, but not my worst either. There were issues with the story that had been brought up to me, but instead of correcting it I left them in so I could discuss them with the critique group.


Now, let me be clear; I don’t mind being critiqued. I’ve both given and received critiques on work throughout my academic career. Its part of the writing game, regardless of what you write. However, not only was I the only person to write about zombies (out of 19 participants) but the opinions I got from my critics were mostly negative. Which is fine, but they also told me that none of them actually liked or read zombie fiction, and I shouldn’t write about zombies either because “the market is flooded and nobody considers them good material.”


What. The. Hell? Getting a critique from non-zombie readers can be a good thing, but in this crowd I was treated to a near-unanimity of disdain and virtual eye-rolling for even submitting something so trite as zombie fiction. This group in its turn had long and enthusiastic critiques of urban fantasy, Native American fantasy fiction, dystopian sci-fi, children’s Christmas tales, and even a trans-gen horror-fantasy story.


Yet my zombie story (and apparently zombie fiction generally) barely rated a sneer. Everyone got some books mentioned to them as possible sources of inspiration and study, and I expected something along the lines of Mira Grant’s Newsflesh or even Max Brooks…which I’ve read already but are the better ends of the genre.


What did I get? A passing (no pun intended) recommendation of ‘The Passage’ and they then rushed off to critique the Young Adult Harry Potter ripoff. The Passage is good, don’t get me wrong. But its not even zombie fiction and seems to be used by non-ZA’s as a go to reference for most anything post-Apok.


Maybe I’m overreacting, but it’s a kick in the teeth to go to a scifi/fantasy writer’s con like FenCon and then to have your favorite genre belitteled and not worth the time for an extended critique on merits not personal preferences of the critics. One of the three critics wasn't too bad, I should note. However, even he admitted he didn't find the genre of interest. Oh, and none of them mentioned the problems I originally was critiqued about online. Of course, my session was cut short because time was poorly scheduled in this workshop, but that’s another story.

Questions for the Readers: Books?

I've been looking for zombie apok books to read, and have been hitting a lot of zombie PI/Urban Fantasy stuff. Which is fine if you like that, but I want more traditional ZA stuff.

Can anyone recommend some books? I prefer books set at the outbreak, or pretty close to it anyway. I also prefer ordinary people not commandos, and finally I like Romero-style zombies. Now these latter two aren't set in stone, since in the past I've found books that violate each but were still great reads.

I look forward to the assistance!

I’ve been listening to zombie podcasts recently in order to return to the zombie apok mindset. While listening to an episode in the 120’s I found a review of the following:


This is a 1-hour broadcast made circa 1970 at a radio station in Peoria, Illinois. It appears they were doing homage to Orson Wells’ War of the Worlds radio broadcast from the 1930s.

In this show, actual radio reporters and staff of the station narrate you through a zombie-ish outbreak in Peoria on Halloween, apparently started by a UFO. It was an AM station, so the sound is rough but it’s a nice (and free) mp3.

The Zombie Apocalypse and 'Consumption'!

Believe it or not, I’m still alive. I’ve been busy over the past year writing a RPG for Troll Lord Games (Victorious) along with five supplement books. I haven’t given up on zombies though, and I do intend on returning with Connor and Chance to continue the blog game in a month or so.

I’ve been recently reading some zombie books and fic to get back “in the mood” as it were. During this recharge of mindset, something unusual occurred to me.

How often in zombie stories do the main characters have to deal with simple supply problems? All too often its like the original Dawn of the Dead movie after the mall was secured. There’s some chaos with the outbreak, but all too quickly both survivors and zombies are gone and its “one stop shopping” as Roger’s comment put it. Food, water, arms, even reading material is sitting in locked stores, unmoved and available to anyone willing to break in. Does this sound plausible?

So, if anyone is still out there checking this blog…. ;)

How realistic is this to you? In my opinion, most of the ‘obvious’ places such as grocery stores, Wal-Marts, gun shops, etc. should be hit at the first. Oh, you can go house to house and that’s very plausible IMO, but unless you’re extremely lucky it seems to me that it’s not going to be a free shopping trip. Those houses will have zombies in them, or rarely even paranoid survivors who might shoot before asking little things like “Why are you breaking into my house? “

This post is going to divert from the usual ATZ game…though it’s been on hiatus while my Victorious Kickstarter was plugging along. This is more about the idea of zombie apocalypses (ZA) and their fascination to Americans.

What first got me interested in this idea was a comment made on the “Watching Dead” Podcast (baldmove.com) where the hosts compared the shooting and camerawork of the series The Walking Dead (TWD) to a western cowboy-style show. This connected with me, and I wondered why that was. After all, other than gunplay it didn’t seem to have much similarity on the surface.

Then (as I’m a historian) I thought of the 1893 Turner Thesis. In essence this lamented the fact that by 1893 the “Frontier” of the United States no longer existed. Turner was concerned at this because he believed that American culture was shaped by the idea of a frontier. A place where people who failed or had trouble in one place could simply go to the frontier and ‘remake’ themselves and their lives. This created the American ideal of self-made (wo)men and hard work leads to success. In short, overcoming obstacles was a character building exercise.

Then it occurred to me, isn’t that exactly what a post-ZA world is? A frontier of danger and opportunities all around you? Civilization is limited to small communities constantly under threat by outlaw humans and ‘natives’ (ie zombies)? A place where people can remake themselves for good or ill? Thinking about each of the main characters in TWD (TV)…each one of them has changed and grown as people. A few went bad to be sure, but they either died because of their bad choices (Shane) or recovered a sense of humanity to become overall better people (Rick, Daryl,…arguably Carol).


The spattered man in the coat blinks at Connor, then sighs and comes over to the driver’s side of the cruiser. “Damn…” the medical staffer says. “I was hoping you were police reinforcements. Do you guys have any idea of the night we’ve been having?”

Matt slides across the seat and opens the rear doors. The man leans in and helps the officer out of the back. The officer seems disoriented, but then fixes his gaze on Connor. With a weak flip of his cuffed hands, he mumbles “My….daughter. At home…address on keychain….check on her.”

With that he falls unconscious again and it takes both Connor and the medic to carry him into the clinic.

Inside the stark lighting reveals chaos in motion. Moaning patients on gurneys, sitting in a waiting area with bandages, and several clinic staff rushing around trying to see to as many patients as possible. The medic gestures Connor to a curtained off side room and they set the officer onto the rumpled and bloody gurney set up within. The whole place is a cacophony of moans and shouts….then there is a piercing scream!

Matt wasn’t thrilled with having to sit in the front seat of the police car, sandwiched between the brothers Connor and Chance, but from what that list from the CDC said it beat getting infected. The cop in the back seat was still unconscious and despite CJ’s best attempts couldn’t be roused. His bitten arm had been bandaged but that was all they could do.

Matt glanced down at the policeman’s belt in his lap. He’d holstered the cop’s pistol he’d grabbed off the street back near the hotel, but he still felt awkward in putting the belt on. It felt to him that if he did that, he’d take an irreversible step in this crisis. Almost as if by that act it would make the night’s horrors a grim reality.

“Hey!” Connor’d been flipping through the police radio and caught what sounded like an announcement. All three listened as a mechanical voice stated:

“…The Tyson City airport has been closed. All first responders are encouraged to maintain distance from infected individuals. Do not bring any injured to the East Texas Central Medical Center, as the riots there are still ongoing. Contact TCCM for additional advisories.”

The message continued on a loop, with uncertainty growing among the trio. Chance had found a brief hotspot and used his smart phone to find GPS directions to a nearby clinic just two blocks down, one block over. Unfortunately the signal had been lost immediately afterwards.


Curiously there are only a few cars on the road, though there seems to be more pedestrian traffic than expected this late at night. 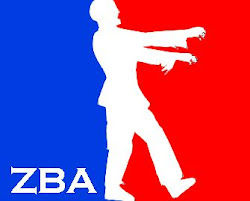 Notes From The Apocalypse

Zombie Chow
Zombie Chow is an adjunct professor of History and of course earning all the vast sums a history major provides! I like zombie fiction, games, and paraphenalia as well as Victoriana, pre-WWI naval history, and pudding.